Peach collaborated with VideoWeek on a survey to find out the day-to-day experiences of people working in TV and video advertising.

The growth of programmatic trading has seen the buying and selling of ads become largely automated and it’s even possible to automate large swathes of the creative process too.

But once the ads are created, the seemingly simple task of managing video files and transferring them between creative agencies, media agencies and publishers/broadcasters continues to be a major hassle for many in the industry, and it continues to be a very manual, time consuming, and error prone process.

VideoWeek Pulse carried out a survey of 101 agencies, publishers and broadcasters to find out what their experiences were with creative asset management.

Both agencies and publishers reported that the simple act of making changes to a piece of creative reset the distribution of creatives to the beginning of the process.

No less than 63 percent of publishers and 51 percent of agencies said that making changes to a piece of creative reset the entire distribution process to the start.

File Transfers Continue to Be an Issue

Even tasks as basic as uploading, downloading, or viewing video files are still plagued by common technical hitches, adding small frustrations and delays for both agencies and publishers.

Inefficient delivery of creatives is causing frequent delays to campaigns for publishers which has a knock-on effect on revenue. Forty-two percent of publishers say they experience delays when it comes to receiving creatives ‘a few times a week”. 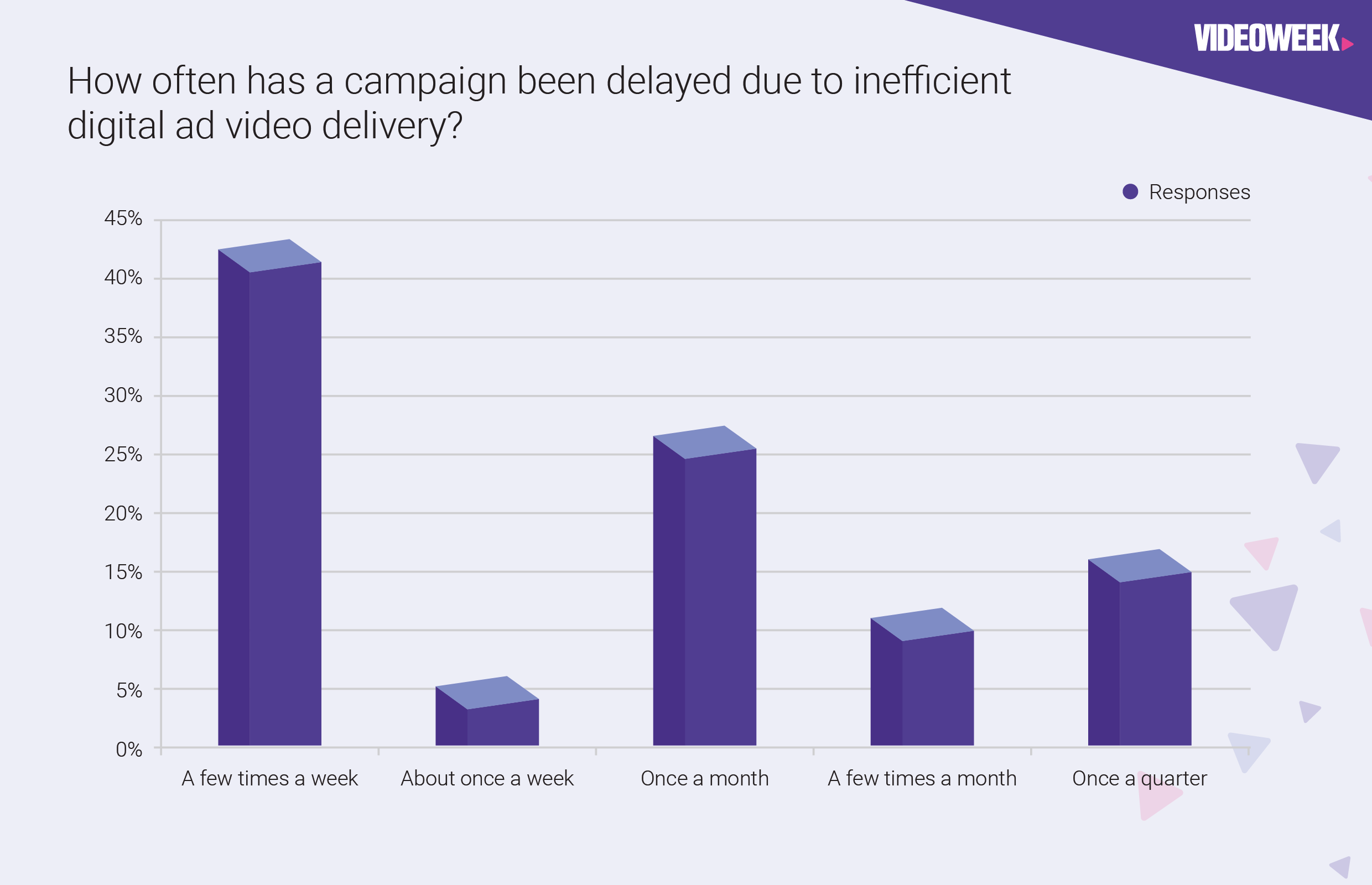 Poor Quality Delivery is the Most Common Problem

For both agencies and publishers, 35 percent of respondents say poor quality of delivery is the most frequent issue they experience with digital video ad delivery. Assets not getting delivered and having to be re-sent is also a common problem, with 35 percent of publishers and 29 percent of agencies saying it’s their biggest nuisance.

Note: This article was originally posted on 5th May on VideoWeek.